Friday was one of the only days where we were bound to a showcase on behalf of our credential-givers, so Zack was up early to deliver banners while I got ready for the day ahead. After snapping some photos and eating some free food, Zack returned, and we headed to our first gig of the day together, the third Coast Modern show at Hype Hotel. As we parked our bikes, we could hear Honne — the diluted-R&B-outfit from the UK — wrapping up their set inside. There was no line, and we were inside in seconds, grabbing some free drinks from the bar. I tried a malted cherry cola situation, and since the bartender warned me there might be a vinegary after taste, I found myself enjoying it quite a bit. 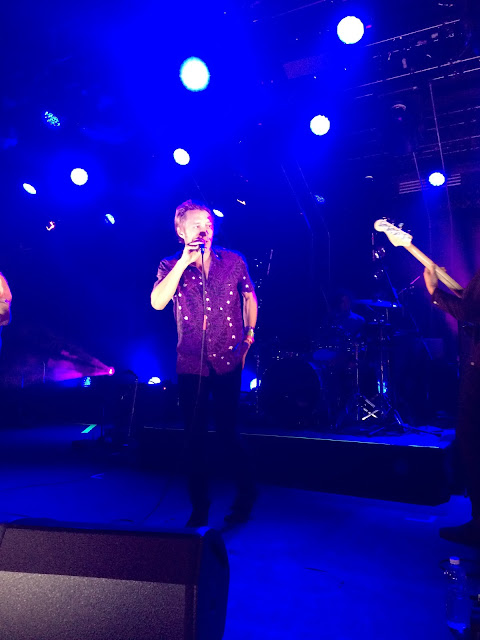 We then sauntered up against the railing for our band, and when Coleman spotted us during soundcheck, he smiled and gave a little wave. This reminds me of something that Peter Moren of Peter Bjorn & John did shortly after I’d followed them around their first SXSW appearance:  I turned up again at a show in Dallas almost six months after SXSW, and after the second or third song the band played, Peter leaned over the edge of the stage towards me and said, “Austin?” My eyes widened into anime-cat size, and I nodded and whimpered “Yes!” before turning to some random friends I’d made in the crowd before the show and squeal-crying, overwhelmed. Since that moment, I’ve seen PB&J…I don’t know, 10 more times? I’ve bought their vinyl. I’ve bought their t-shirts. I’ve supported Peter’s solo efforts. For chrissakes, I own their instrumental album! (It’s quite good!!) My point is, by acknowledging a fan who you know is supporting you with something as small as a smile and a wave, you form a bond with them that is human and meaningful, and if they’re worth their salt, they WILL repay you in loyalty.

With all that said, Zack and I really felt like Coast Modern insiders at that point, and so we held nothing back for this third set. We sang, we danced, we applauded — and we were filmed pretty regularly by the Hype camera crew. Briefly, this took me out of the moment. I worried that I wasn’t attractive enough to be “worthy” of being seen as a Coast Modern fan. “What if someone sees me, sees how uncool I am, and then thinks this band isn’t cool? What if I am ruining their career?!” Remember how we started this whole thing by talking about anxiety? I often feel the weight of the world on my shoulders, which then makes me feel like if I mess up, I could ruin things for everyone. It’s sad, and it’s kind of narcissistic in a way, and really it’s just overthinking things. Luckily, happily, the band is just too good for me to stay stuck in my head like that for long, and by the time we made our way through the setlist to “Animal” and “Hollow Life” again, all that mattered was screaming the lyrics with Zack, and dancing with all our might. 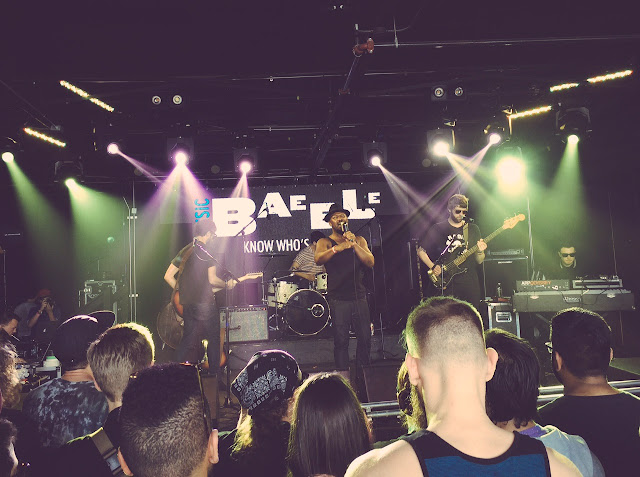 After stopping back by the venue where our magazine’s showcase was taking place, we then turned our attention to the Empire Garage. We went there, thinking we might have to abandon ship because of the insane line-up, but while the venue hit capacity pretty quickly after we arrived, we made it inside just in time to catch The Heavy. You’ve DEFINITELY heard this band before — turn on any television, and flip to a basketball game (it’s March Madness, how hard can that be) — you know that “How You Like Me Now” song? That’s The Heavy. Their set started like how it felt outside — a bit slow, weighted down by the mugginess in the air; a bit too hot and sticky, so that it was almost laborious and the crowd struggled to give the band energy to feed off of. But the band fought hard to earn our energy, and by the time the set was roaring to a close, everyone was clapping along, singing at lead singer Kelvin Swaby’s cues. It was a good save, and I longed to see the group again in a cold House of Blues-type setting, during the nighttime when there could be a light show and a brass backup section.

Then we went to the inside stage, where it was equally hot and sticky but pitch black (to the point where I was afraid I might fall down some invisible stairs or something). I’d seen GIVERS play before at Coachella, and they’d brought me such joy that first time around. This time, I was still tired, and it was still hot, and I felt zapped of any energy I could provide. Still, Zack and I managed to stay on our feet through the whole set, and I’m glad we did. It allowed us to dance and sing along to “Up Up Up,” a song Zack and I used to spin in an online amateur DJ community (don’t ask), and the nostalgia felt sparkly and fresh.

At that point, I had to run an errand, so we returned home for me to do that and Zack to take care of our dog, Scooby. While I was out, some serious thunderstorms rolled in, and the rain smell was thick in the air. When I got back home, Zack and I agreed that we’d cut our losses and stay in for the night, preserving our energy for our “last hurrah” the next day. We watched a bunch of episodes of “New Girl,” ate more ice cream cake, and played cards until our eyes wouldn’t stay open anymore.
Posted by Caitlin at 12:31 AM