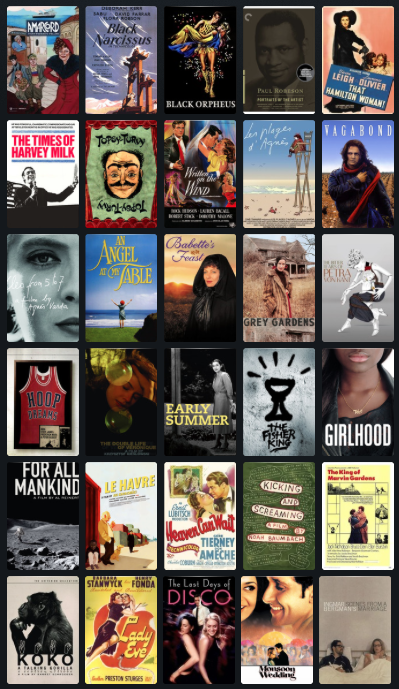 This project took me a long, long time to complete, but I have to say it was well worth it. I'm the type of person who has her go-to favorite films, and I always have been. When I was little, my parents can attest, I forced them to watch Peter Pan, The Aristocats, and Fantasia until every line was memorized and could be recited back a cappella. In adulthood, I'm not *quite* that consistent, but I've certainly turned to You've Got Mail on many a sick day (or many a it's-chilly-outside-let's-stay-in day, or a it's-a-choice-as-an-in-flight-movie day...), and I saw Creed three times in theaters and Rogue One twice.

As someone who attended film school, though, I knew the importance of widening my horizons — I'd seen it happen, where I'd watch a film or get some context for a movement and suddenly a whole new world of art and influence revealed itself to me. So, I basically took a blindfold and a dart (not literally, but in essence) and went through a long list of Criterion Collection films, and picked out as diverse a group as I could. My own "30 Before 30" list, with a mix of documentaries I'd heard of and Douglas Sirk films I hadn't. I tried to pick films from different eras, in different languages and from different countries. Some films were jaw-droppingly bananas, some were depressing, and some were downright nails-on-a-chalkboard bad. But there were a few that absolutely thrilled me, that I count among my all-time favorites now, and that made the whole project worthwhile. Instead of giving blog space to those films I never intend to see again, I'm going to call out my favorites so you can get thee to iTunes (or, in some cases, a movie rental store) and dig into these enriching gems.

Paul Robeson: Portraits of the Artist 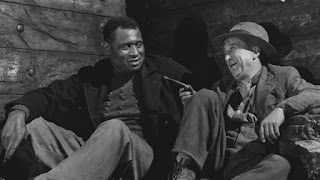 This was the last "film" I saw, and one of the most educational and enriching I invested my time in. I put film in quotations because, as it turned out (and as I did not know when picking this for my list), this was a box set with 4 discs, including a number of histories of Robeson, plus 7 of his movies (two silent films, four "talkies" and a documentary he narrated and contributed to financially). I have never been so bowled over by a historical figure, nor made so furious that America white-washes its history to such a degree as to turn Robeson into the "Old Man River" guy. In reality, Robeson was an All-American football hero in college, an angelic bass singer, and a dedicated actor who turned into an activist later in his life. Some of the films in this collection are difficult to watch, because we come face to face with the reality of the roles black actors could get in the 20s. But by the time we reach Jericho, which Paul Robeson Jr. says was his dad's favorite of his own films, we see an artists coming into power over his own art. The Proud Valley is a beautiful, heart-rending look at coal mines in Wales, and Native Land is such a pointed and moving documentary-slash-movie that I'm amazed it's not required viewing in every history class in America (but then, not surprised, as the movie itself points to why it was so downplayed). With accompanying radio interviews with Robeson, and short recollections from his friends, family and influenced actors, if you spend the time with this amazing collection you'll feel you know Robeson, and be so proud that he was an American. 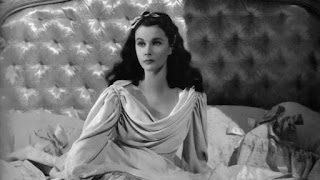 It's Vivien Leigh and Laurence Olivier, who apparently were together IRL!! But actually, that is the thing I care least about.

""Damn." This was the word that escaped my mouth in the closing lines of "That Hamilton Woman." It's such a devastatingly sad-ending film, and I have so many questions - what about their daughter? What happened to her mom? IS THAT REALLY IT?!? I find it a little difficult to believe that Emma would just throw in the towel, having been such a strong, I-bounce-back kind of woman throughout her life. She is most charming when she's reveling in her own abilities - it's refreshing to see a woman be excited about what she can accomplish. The romance is OK, but I find it a much more interesting character study above all else."

The Times of Harvey Milk 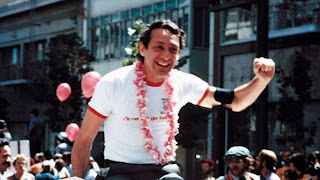 I'd seen the Hollywood-ized Milk, but I wanted a story from those in the trenches, and just as I suspected I found it to be all the more moving. The Times of Harvey Milk weaves Milk's humor and good nature with political realities of his (and our) time. Truly, with heinous acts of aggression like Texas' shameful "bathroom bill," this is a really energizing story that demonstrates both the power of the people when we raise our voices together, as well as the long way we have to go to earn justice for Harvey and all those like him who have died, and continue to die, for freedom and equality. 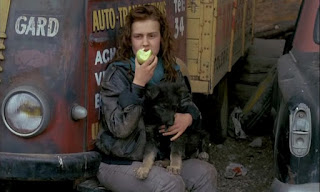 This movie was dark and funny, sometimes all at once. I couldn't tell if it advocated for a particular style of life, or if it was just showing how fragile the rest of us can feel when someone isn't following the rules in the way we understand them to be. We know of the girl's fate right from the start, and yet you wish and hope all the way through that she will find a new way. I found myself admiring the girl, scared for her, sad for her, happy for her — wanting and dreading her life, wondering at the cost of freedom (or if what we consider "freedom" to be, really is?)

The Beaches of Agnes 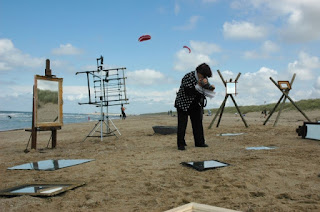 "This "documentary"/autobiography was fascinating. I love how Agnes tries to document her memories as she envisions them in her mind - fragmented, existing in the present and past at the same time. There was so much in here to love, but particular images that have burned into my brain are the bird mobile in the rain, Demy appearing in the painting near the end of the film, and Agnes trying to be with and understand her family - her lineage - but ending up present but more a ghost. Lovely, kooky, definitely worth seeing."

Written on the Wind 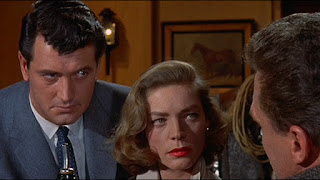 A love triangle with a dangerous, devil-may-care blonde little rich girl cannon-balling right into the center - and all that gorgeous Sirk imagery.

"Sirk films are known for their visual beauty and imagery (that's why we studied them in film school!) I'd never seen this one, but it was absolutely delicious - perfectly-placed shadows here, reflections in the mirrors there - and the story is so frustratingly heartbreaking but satisfying in the end. " 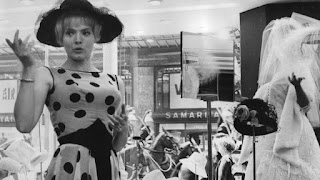 A posh French pop singer thinks she's going to die, and we follow her throughout her day as she awaits the verdict and lives her life. It sounds drab, but Agnes Verda once again manages to make a female protagonist complicated, endearing, funny and tragic all at once.

An Angel at My Table 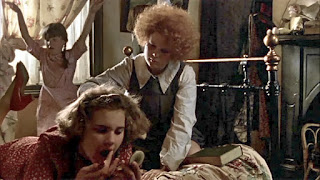 "What a fabulous movie! As a story about a life should, it contained joy, mundaneness, devastation, new experiences and all sorts in between. Janet Frame is lovable, pitiable, brilliant and - perhaps above all - a survivor." 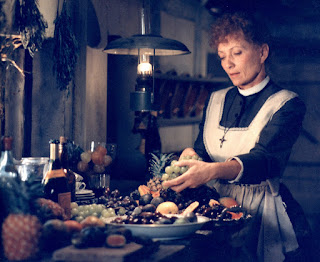 "This movie was absolutely enchanting. It's such an interesting take on piety, artistry, life and its meaning. The characters are rich and lovely, and MY GOD, the feast. Even as a vegetarian grossed out by the dead quails, I could appreciate the beauty of it all. What a spectacular film!" 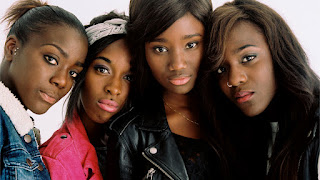 This was my first film that I watched as part of my "30 Before 30," and it set the bar extremely high. It's been almost a year since I watched this film, but there are still so many standout moments frozen in my mind. As many of the comments will tell you, watch for the Rihanna dance sequence ALONE. It made me want to go rent a hotel room and have a sleepover with my best girl friends, too.

"I was so smitten with this film. It's visually dazzling, far more daring than my own coming-of-age, heartbreaking but still hopeful. Marieme (alias Vic) is such a complex character, and you find yourself rooting for her no matter the situation. The moments of pure joy captured with her friends - dancing, joking, cuddling - are ones that encapsulate female friendships. Indeed, the female friendships are the most central, important, strong and pure of the film - gorgeous and captivating." 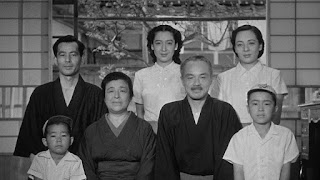 The BEAUTY of this film cannot be overstated. It was beautiful not simply visually (although this is certainly one aspect of it), but emotionally. Early Summer possessed a richness and nuance I don't think I found in any other film.

"What an absolutely gorgeous, tender film. I love the way the family members relate to one another, the way the female friendships are both loving and teasing, how everyone from the sweet (grand)parents down to the littlest kids have personality and a story. The music is dreamy, the people are nuanced - I adored this film." 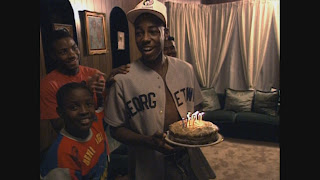 This was the second film I watched as part of this project, and the first documentary on my list, and I can't believe I'd gone so long without seeing it.

"This was a fascinating, sometimes heartbreaking, film that really documents how people of color are still viewed as commodities ("meat market") when it comes to sports. You're only as valuable as your talent, and to see how this effects these young men's self-esteem, opportunities and lives is important and difficult. You really love and root for Arthur and William, and you really leave with a terrible taste in your mouth for the basketball system. A must-see." 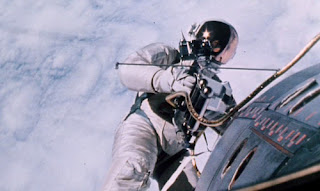 I LOVE outer space. One of my favorite childhood field trips was to the planetarium to see a map of stars laid out in front of me, and I still love traveling out to the desert or other less-populated areas of the US to check out the view. I knew I was too afraid to ever even try to be an astronaut, but I'm still fascinated by how little we know (and yet how much we know) about Earth's surroundings. If you're even in the same ballpark as me, this film is about to light a fire under you.

"Oh my god. Talk about a movie that instills wonder - the footage from our various trips into space and to the moon were at turns breathtaking, unbelievable and heartwarming - and it was so fun to see these grown men move with childlike wonder through their surroundings, laughing and joking and being just as overwhelmed as any of us. Fantastic." 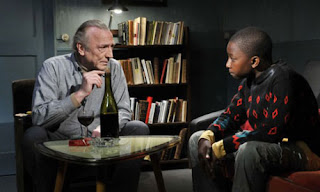 "What a gorgeous, life-affirming film! Sweet, funny, strange - all the best things life is made up of." 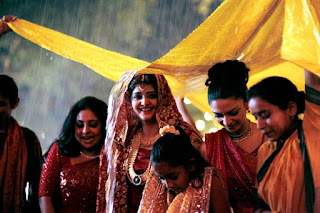 "You know the movie was great when you literally applaud at the end - even after watching it by yourself in your living room. There are so many interesting stories intertwining in "Monsoon Wedding," but of course the central story is a marriage. I think one of my favorite characters in the film is the father of the bride - he is a devoted family man who loves his children fiercely and ultimately makes a brave decision to protect those he loves. The movie is full of joy and sorrow, all the stuff of life. Excellent!!"